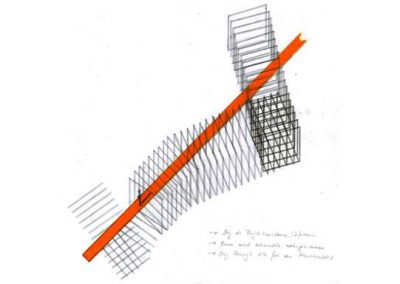 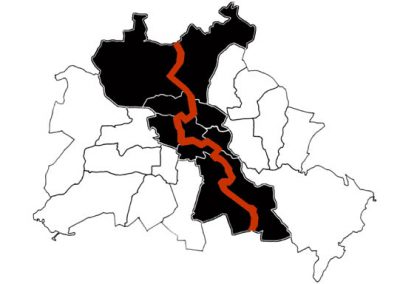 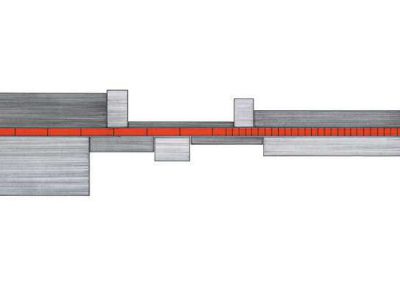 Map Berlin is a virtual project conceived of in 1999 to reconstruct the strip of the former Berlin Wall that runs through the inner-city area of Berlin. The architectural models are based on the surface measurements of the Berlin Wall strip, which were calculated in proportion to the respective adjoining urban areas when it was built. The intention of the project is to sculpturally make visible the historical demarcation of the border and thus stands in contrast to strategies that seek to overcome and blur the profound rupture that the Berlin Wall has left in the structure of the city.